Isaac and Rebekah were married for twenty years and had no children.  Like Isaac’s mom, Rebekah was unable to have a baby until God made it possible.  Jacob prayed and prayed for a child, and God answered that prayer.  Rebekah would not only have one child; she would have twins.  The Bible tells us that even while they were still in her belly, the two babies would wrestle and fight.  As you can imagine, this upset their mother quite a bit, and so she too went and prayed, asking God what was going on.

God told her that she had two babies and that they would grow up and each begin a new nation.  These nations, like these babies in her belly, would constantly be fighting.  One of her children would be stronger than the other and the older would become the servant of the other.  The stronger one and the older one were the same child: Esau.  Esau meant hairy.  He was born with hair all over his body, like a fur coat almost!  The other one, the younger and weaker one was named Jacob.  Jacob means heal-grabber, because when Esau was being born, Jacob was holding on to his heal.  This meant that Jacob was always trying to “trip” people up; he was a deceiver.

Malachi revealed to us that God had a special plan for each child.  “The LORD said, “Esau and Jacob were brothers.  I loved Jacob, but hated Esau,” (Malachi 1:3, NCV).  Those are some pretty harsh-sounding words.  The apostle Paul also tells us that this was before either one of them was even born, before they did any good or bad.  So why did God love one and hate the other?

What God meant, and Malachi wrote, is that God had a covenantal love for Jacob, but did not have one for Esau.  That’s a big word, but it means that God’s love was focused on the people of Israel (Jacob’s other name).  With that love came promises and protection.  So when God said he hated Esau (and the people of Esau), he meant that He had never and would never love them in a way that would bring promises or protection.  God’s love was specifically given to Jacob and his people.  The apostle Paul tells us that we who believe in Jesus are also part of the covenantal love of God. 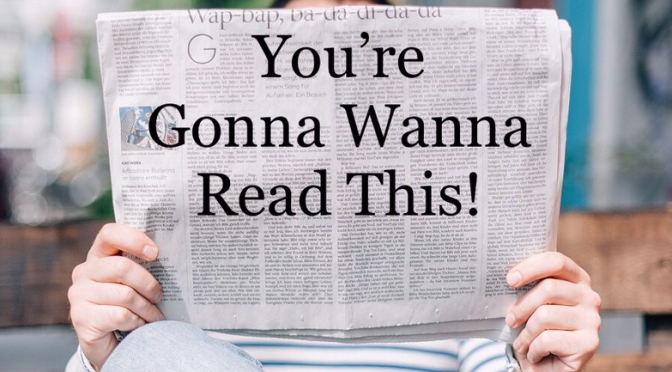 Did you know that the War for Independence was part of a larger global war? According to a new book and this article from Smithsonian Magazine, it involved four monarchies as well as the colonies. A very interesting read.

Thomas Watson is, by far, my favorite Puritan to read. The Reformed Reader releases this post earlier with an excerpt from All Things Good, a book he wrote based on Romans 8:28. It is short. It will probably take less than a minute to read, but it will take a lifetime to live.

Loving Other Saints Who Are Sinners (Watson)

Joe Carter never disappoints with his astute perceptions on political issues. Here, in this post, he deals with the rise and retirement of Justice Kennedy along with the individualism that permeates our nation. Very interesting indeed.

I am in the process of reading Dr. Al Mohler’s new book, The Prayer that Turned the World Upside Down, and am enjoying every word of it so far. Here is an excerpt that Dr. Mohler was gracious enough to put on his blog.

How Not To Pray: Two Correctives from Christ