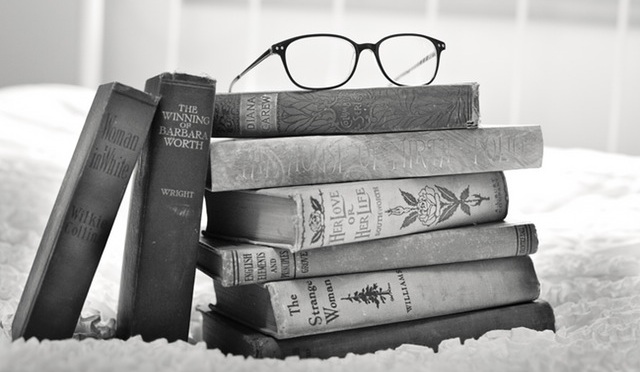 Many people I talk to about reading find my way of reading impossible.  Perhaps I am a bit of a weirdo.  There’s no perhaps about it; I am, but if you are looking to read more books this year (and it’s still early to get on the reading band-wagon), I have some ideas that work for me.  They may work for you if you’re willing to try them.  By the way, I am by no means a speed reader.  I am a slow reader.

Let me know your reading-plan.  This is how I do it.  It may not work for everyone, but feel free to share how you go about reading.  Let me know if this has helped you in your reading endeavors.  As always, I only ask for respect in responses.  You may think my ways are stupid.  That’s absolutely fine, just be respectful in how you phrase it.

This past summer I was able to pick up several second-hand biographies from my local library thanks to the St. Charles Library Foundation.  I have already started one of those:  The Rise of Theodore Roosevelt by Edmund Morris.  I must say that while this is a very thick book (741 pages w/out acknowledgments, notes, etc.), it is actually a page-turner.  My hope is to finish this book by year’s end, and begin its sequel (Theodore Rex) in the new year.  Perhaps finish up the third part of the trilogy (Colonel Roosevelt) by Christmas, 2017.

There are others however that I picked up that I am hoping to get through.  The fear that I have in reading these bios is simply that my perception of the person will change for the worse.  Most of these people I know in name only or by characters they played on television and movies.  I have preconceived ideas of who they were and what they were about, but those notions are baseless.  So as I pick up John Wayne: The Man Behind the Myth by Michael Munn or Enchantment: The Life of Audrey Hepburn by Donald
Spoto I wonder if I will end up no longer admiring them.  What if they turn out not to be

the people I have so-long believed them to be?  Obviously no one is exactly what one would picture them to be, but what if they are not even close?  Will I lose all respect for them and not be able to speak of them without a bitter taste in my mouth?  Will I even be able to watch their movies anymore?  I suppose in the end, my desire to know the truth about these celebrities is more important to me.

Of course, there is the opposite idea as well. Growing up in Georgia, I never heard any good word mentioned of William Tecumseh Shermon.  My plan is to read one (if not two) biographies on this hero of the North and devil to the South.  All I know about this man is his fiery March to the Sea.  Surely there was more to his life than that!  I look forward to seeing if he is the scoundrel that I have always heard he was.

Of course there are more books: one on C. S. Lewis, one on John Knox (the great Scottish Reformer), and one on John Adams (you may have heard of it; it’s by McCullough).  But the

book I am most excited about and most hesitant on is not a biography, but a history.  God’s War: A New History of the Crusades by Christopher Tyreman is intimidating both for its size (900+ pages) and because I know so little and probably so much misinformation about the Crusades.  This one will have to be read throughout the entire year, chunk by chunk.

This past year I have read 31 books so far and hoping to finish out with 33.  That’s quite a feat for me.  I probably will not even come close to that in 2017 since many of the books I will be reading are taking me to depths unknown.  How about you?  Any books sitting on the shelf begging for some attention?