I had the opportunity to present the gospel to a couple the other day.  I made sure that I presented the gospel and not some watered-down version of what is classified as the gospel.  I talked to them about sin, rebellion, holiness, the ten commandments, Jesus and His perfect life, substitutionary death, and glorious resurrection.  I spoke about heaven and hell.  It took me nearly 20 minutes to get through everything.  They had both listened politely, but at the end, as I had expected, neither was moved and neither received Christ.

It wasn’t until a few minutes before writing this (in fact, it is what compelled me to write this), that I realized that while I presented the gospel, I presented the gospel expecting nothing!  I was suddenly hit with Paul’s words, “For I am not ashamed of the gospel, because it is God’s power for salvation to everyone who believes, first to the Jew, and also to the Greek,” (Rom 1.16, HCSB).  I proclaimed the gospel ashamedly.  While I believe the gospel with all my heart, I proclaimed it apologetically (and I don’t mean biblical apologetics).  I was timid, almost apologizing for having to tell them such good news.

In my head I pictured a young man with a brilliant and sharp sword in his hand going against the fierce dragon.  The sword was a fine weapon that could easily slay such a beast, but the young man was too timid to use the weapon effectively.  So the dragon remained alive.  So it was when I presented the powerful gospel of Christ.  With such timidity no dragon of sin would be slain, and no man or woman would be set free from its lair. 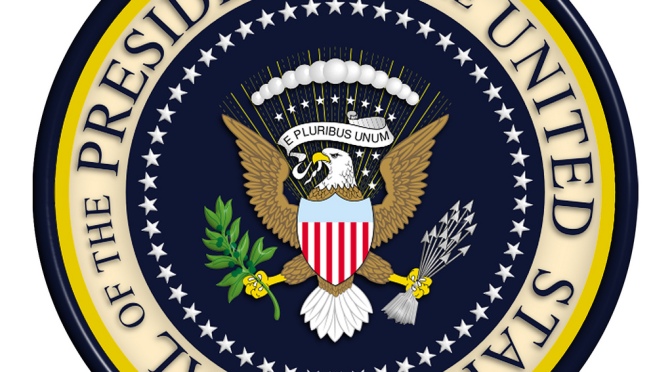 Paul urged every believer to offer up “petitions, prayers, intercessions, and thanksgivings…for kings and all those who are in authority, so that we may lead a tranquil and quiet life in all godliness and dignity,” (1 Tim 2:1-2, HCSB).  It is a sad reality that we as Christians are not living a quiet life in all godliness and dignity (and I am guilty too).  Instead there is social media gossiping, outright lying, screaming and yelling and bickering, complaining, and protesting.  Could it be that this is because we are not praying for our president (or the candidates)?

Often we don’t really know how to pray for them.  Do we keep praying for legislation issues and votes in the Senate or House?  Do we pray for a presidents agenda or against a president’s agenda?

As I was going through my Psalm reading, I came across this particular Psalm (72) and with a little adaptation, I thought, this would make a wonderful prayer for our president.  So I typed it out with minor changes (king to president, US locations, stuff like that).  It is based off the ESV translation so it might be a bit rigid, but if you like it, feel free to copy and paste it.  Perhaps take a chunk of it at a time and pray it for that day and take another chunk for another day and so on.  That way the prayers don’t get monotonous, and hopefully it becomes a starting point to get your own prayer going.

May he continue while the sun endures,
and as long as the moon,
throughout his entire term.
May he be like rain that falls on the cut grass,
like spring showers that water the earth.
May the righteous flourish in his days,
and prosperity abound until the moon is no more.

And may he lead from sea to see
and from Maine to Hawaii, Alaska to Florida.
May allies follow him, and enemies be defeated,

As he rescues the poor who cry out
and the afflicted who have no helper.
O that he will have pity on the poor and helpless
and save the lives of the poor,
that he would redeem them from oppression
and violence,
for their lives are precious in his sight.

May he live long!
May he prosper!
May prayer be offered from him continually,
and may he be blessed all day long.

May there be plenty of food in the United States,
May it grow abundantly in every part of our nation.
May people flourish in the cities
like the grass of the field,
May he be known as the greatest of presidents
as long as the sun shines,
may his fame increase.
May all nations be blessed by him
and call him blessed.

May the LORD God, our Father,
be praised,
who alone does wonders.
May His glorious name
be praised froever;
the whole earth is filled with His glory.
Amen and amen.