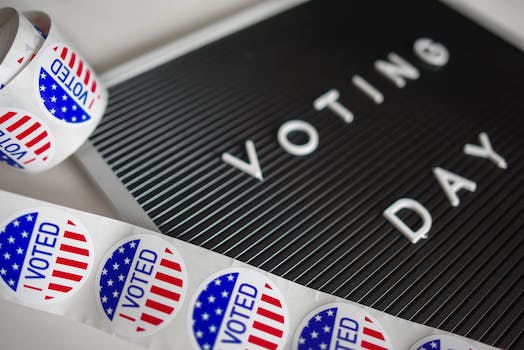 Today is election day. Some of you, like me have already voted absentee. I am working as an election judge this year and will not be able to make it to my polling place and so I voted last week.  As you head to the polls, I want you to remember these three truths about elections here in America.  It is not only in America, it’s been then way for thousands of years, going all the way back to the book of Judges.

Abimelech son of Jerubbaal went to his mother’s brothers at Shechem and spoke to them and to all his maternal grandfather’s clan, saying, “Please speak in the presence of all the lords of Shechem, ‘Is it better for you that 70 men, all the sons of Jerubball, rule over you or that one man rule over you?’  Remember that I am your own flesh and blood,” (Judges 9.1-2, HCSB).

One can imagine what it must have been like for Abimelech.  He was not a “legitimate son” of Gideon.  He was the son of a concubine.  I’m sure his 70 brothers didn’t let him live that down.  He was the butt of their jokes most likely, the outcast, the one no one wanted around.  It’s no wonder that he was angry.  He wanted revenge against all those who hurt him growing up.  And like anyone in any painful situation, misery loves company.

The people seemed to already have a bad taste in their mouths towards Gideon’s family as the last verse of chapter 8 indicates.  They just needed a little push to seal the deal.

While Gideon refused to be king, he sure did act like a king (see Judges 8).  He had a multitude of wives, 70 sons, a concubine with a son by her.  A man doesn’t just have 70 sons and many wives without also having a lot of money.  Many would say that he and his family though not royalty, sure behaved as if they were.

So it isn’t hard to conceive of the notion that people back then are much like we are today.  They like to point fingers and blame others.  Gideon’s family was the reason for all the peoples’ problems.  Abimelech took that inner frustration and brought it to light.

If a politician or a leader can name an enemy and get us to believe they are our enemy they know they can get us to follow after them.  This is what Abimelech did.

2. Their second strategy: I can fix it all.  By some miracle Abimelech was their divine savior—at least he proclaimed he was. One of Abimelech’s brothers Jotham gave a parable that I find gets to the heart of the matter.

In the absence of good leadership, people will follow anyone so long as they lead—not knowing to where they may lead.  Notice that last verse.  “If you really are anointed me as king over you, come and find refuge in my shade.”  I will fix all your problems. I will be your refuge.  This is the problem with many in government.  They want to be God to and for you.

3. The third strategy is to eliminate the competition.  Abimelech named the enemy and he gained a following.  The results are demoralizing.  “‘He is our brother.’ So they gave him 70 pieces of silver from the temple of Baal-berith,” (Judges 1.3d-4, HCSB).  They gave him 70 pieces of silver: one for every brother he had.  What did he do with this money?  “Abimelech hired worthless and reckless men with this money, and they followed him.  He went to his father’s house in Ophrah and killed his 70 brothers, the sons of Jerubbaal, on top of a large stone,” (Judges 9.5, HCSB).

Long before Abimelech, a covenant was made between the people and God; they will serve Him.  They will follow Him.  They will worship Him. Yet, when Abimelech comes around, we see that they have abandoned this covenant, but somehow still keep up a religious idolatry.  Notice where this agreement and money were given.  “So they gave him 70 pieces of silver from the temple of Baal-berith,” (Judges 9.4, HCSB).  The big thing is not that they did this at a pagan temple, but the name of the pagan temple.  Baal means lord and was the storm-god, the highest of gods to the Canaanites.  But then there is berith, which is Hebrew for covenant. So putting the two together they paid Abimelech 70 pieces of silver to murder his brother at the temple of the lord of the covenant, referring to a Canaanite god and not the Yahweh.  The people had abandoned God to serve the gods of the world, and sold their souls in the process.

Like the Israelites, many Christians have abandoned the covenant out of fear.  We are fearful of persecution.  We are fearful of losing money.  We are fearful of losing control.  We have abandoned the covenant out of prejudice.  We have fallen prey to the “us versus them” mentality.  It’s republicans versus democrats, whites versus people of color, rich versus middle class versus poor, liberals versus conservatives versus moderates.  We want “one of us” in office and so when an Abimelech comes along and says, “Remember that I am your own flesh and blood,” we put him on our shoulders and do anything and say anything and pay anything to have that person in office, even when it goes against the covenant, the calling to represent God, and the place of refuge.

Let me end this blog by giving four more truths (related to the three I gave above),

This site uses Akismet to reduce spam. Learn how your comment data is processed.